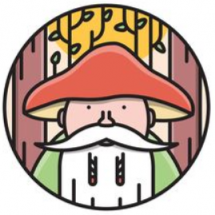 Sports expert
(not earned yet)

Number of tips
(not earned yet)

Tipster of the month
(not earned yet)

Tipster of the month - How good are you really in sports predictions? Prove your knowledge of sports and sports betting and compete against other tipsters each month.

Top writer - Show that you have an ability to not only predict the outcomes, but are also capable of writing good analysis and explaining your decisions. For each prediction with 80 and more words, you receive a golden border and most views.

Number of tips - Post 500 tips and prove that other Hunters should trust you. Earn achievement and also the option to grade your results yourself faster (all results will still be double-checked by our team).

Sports expert - Show that you are the best in your favourite sport. Take first place in any of five main sports and earn unique achievement which shows exceptional level of knowledge. It includes football, basketball, ice hockey, tennis, and American football. Become an expert in one sport and pay 50% less in commission (5% instead of 10%). Become an expert in two sports and pay no commissions at all for all your sales!
Read more about achievements
Top bookies Full stats
Full statsTop bookies